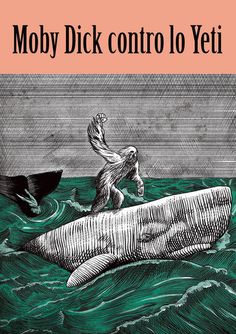 It wasn't until I moved to California that I learned highways like this actually existed.

I live in Toon Town.

"When Dorothy stood in the doorway and looked around, she could see nothing but the great gray prairie on every side. Not a tree nor a house broke the broad sweep of flat country that reached to the edge of the sky in all directions. The sun had baked the plowed land into a gray mass, with little cracks running through it. Even the grass was not green, for the sun had burned the tops of the long blades until they were the same gray color to be seen everywhere. Once the house had been painted, but the sun blistered the paint and the rains washed it away, and now the house was as dull and gray as everything else.

When Aunt Em came there to live she was a young, pretty wife. The sun and wind had changed her, too. They had taken the sparkle from her eyes and left them a sober gray; they had taken the red from her cheeks and lips, and they were gray also. She was thin and gaunt, and never smiled now."
-L.Frank Baum, The Wonderful Wizard of Oz

"It’s raining in Washington tonight. Plump warm summer rain that covers the sidewalk with leopard spots. Downtown, elderly ladies carry their houseplants out to set them on the fire escapes, as if they were infirm relatives or boy kings."
-Alan Moore, Saga of the Swamp Thing

It's Never Too Soon For Rip Taylor


The crappy VHS quality of the clip only adds to the appropriateness.

Hail and Farewell, my friend.

No One Ever Is To Blame

Yeah, I here you.

But, you have a theme song already to go that sounds soooo cool, man.

You and I have such interesting conversation about our "art", writing & martial arts merging that then mutate into other cool thoughts and ideas.

So many times that shit should have been preserved for all posterity.

... Or, at least for nerdy female fans who'll worship us because we sound so fucking cool.

Anyway, point is our stuff should be recorded. We are smart, funny, and talented in our respective fields. You have so many friends that fit into that peg that
your "pod" would never be boring.

I just think that our voices shouldn't be carried away by the winds every time we hang out. Our conversations should be
trapped, caged, stored, and observed like monkey's at the zoo.

I just think we're that cool.

***
I only recorded one conversation, and that was the day before he died.

Too Short For This Shit.

"To lose one good friend, Mr Masterson, may be regarded as a misfortune; to lose a second looks like carelessness."

ANNA: About Harry.
MARTINS: You know?
ANNA: I've seen Major Calloway today. He's better dead. I knew he was mixed up, but not like that.
MARTINS: I knew him for twenty years, at least I thought I knew him. I suppose he was laughing at fools like us all the time.
ANNA: He liked to laugh.
MARTINS: Seventy pounds a tube. He wanted me to write for his great medical charity.
ANNA: I'll put these in water.
MARTINS: Perhaps I could have raised the price to eighty pounds for him.
ANNA: Oh, please, for heaven's sake, stop making him in your own image. Harry was real. He wasn't just your friend and my lover. He was Harry.
MARTINS: Well, don't preach wisdom to me. You talk about him as if he had occasional bad manners. I know, I'm just a hack writer who drinks too much and falls in love with girls. You...
ANNA: Me?
MARTINS: Don't be such a fool, of course.
ANNA: If you'd rung me up and asked me if you were fair or dark, or had a mustache, I wouldn't have known.
MARTINS: I'm leaving Vienna. I don't care whether Harry was murdered by Kurtz or Popescu or a third man. Whoever killed him, there was some sort of justice. Maybe I'd have killed him myself.
ANNA: A person doesn't change because you find out more.

My friend Brent died on Saturday.

Nobody knows anything. Not that well.

What follows is the entire text of the email he sent me that morning. I don't know. Maybe it will help, being out there, being read by those with time.

There's more, including the coincidences, signs, unspeakable déjà vu, and yet more strange circumstances, (including the fact that I actually recorded parts our last conversation (just the day before, just on Friday, can you fucking believe it?) and maybe I'll post parts somewhere) but here's this, and I don't know. It's been 36 hours or so and I just don't know.

The email subject line is From Brent: Thank You.

Wanted to say that it was really great to see you.

We really shouldn't let months go by. Even though we spoke of not having enough time to concentrate on our *arts*, I still get a spark
when we hang-out and find a balance that is needed.

I also take comfort in the fact that there is another in the world that feels similar to me on some level.

Thank you so much for all the *goodies* too.

After class last night, we watch a couple episodes of The Misfits before retiring to bed. Great show!

Also, I found that I don't enjoy UK chocolate. I think they just suck when it comes to food in general.

No wonder Jamie Oliver is so big there. A monkey that could put together a half-decent sandwich, ("Sarni" if your from mother England), would be held in
reverence.

One thing we do well in 'ol America is eat and eat we do.

Oh, thank you for the coffee as well.

If it is possible, could you send me that podcast we did? I want to listen to my fruity, faggy, voice some more.

Could you also send that kick-ass trailer to Angel? That was really very cool.

Let's get together sooner than later.

I may be leaving for Philadelphia for a year come this October and we would have to come up with the Skype Podcast and I'm afraid that will make my
faggy voice harder to hear which means you'll have to concentrate on what I'm saying thus making the listener very aware that I sound faggy.

If I cannot go to Philly, this will all be mute being I'll just be down the hall from you.

Or, standing on the off ramp of the 10 West. I'll be the one with the sign that reads, "Will do Kung-Fu for food."

I'm gonna miss that asshole so much.

Here's Chris Sims, saying in a paragraph a thing I devoutly believe, but would take me two essays and series of curse-laden tweets to get across:

That kind of storytelling only plays into the power fantasies of fans who want their "realistic" hero to be a bigger badass than anyone else. So please, if we can all stop being in third grade for a moment, let's all agree that ideas of one fictional protagonist being "more powerful" than another are just silly arguments for children. I've never understood it when adults tell me that they like Batman more than Superman because Superman's too powerful. The standard argument is that if you're reading a story where you're bored because of Superman's powers, that's the fault of the writer, but the flipside of that is also true: If you truly believe that Batman's going to lose because someone wrote down that he's a "normal human," then you're unclear on how the concept of fiction works.

The way I've been putting it, when confronted with the "Superman is boring because he's too powerful" nonsense, is "No, no, no. You don't get it. All superheroes have the same power: they win in the end." Sims is nicer about it.

Livejournal's been hosting lots of spam comments lately, at least in my old posts. It's like a ghost town, and the Russian gremlins are filling in the empty spaces.

* * *
Just so you know: It's become increasingly clear that this year's DW is aimed at basically me and Rob Shearman. Sorry about that.

I know a lot of you internet folk are unhappy and confused. I can only hope that my own joy spreads through the collective unconscious and eventually reminds you that everything's okay.